Saturday April 30th 10-12 am. “Toot Rock War Walk” – learn about Napoleonic & WWII coastal defences at Toot Rock with Martin King. Saturday May 14th: “Birdsong at Toot Rock” – learn to recognize the songs & calls of common birds, by now including summer migrants. For both […] 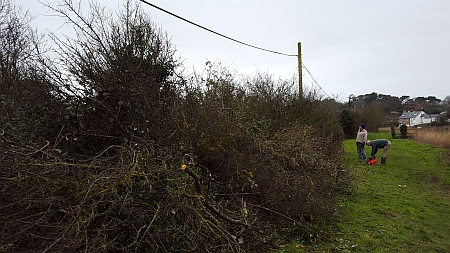 This winter’s work in Compartment 4

Volunteers had already been at work over the last year, opening up the old tennis court and pond areas. The water was too deep for us to extract this fallen willow but the contractor’s machine was able to drag it out for us. We had also cut back […] 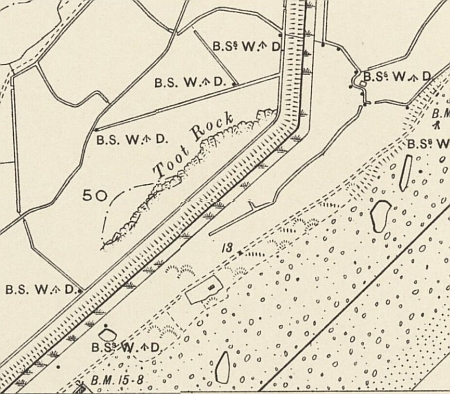 First, local contractors mowed some areas of grass, reed, bramble and blackthorn suckers. The north end of this compartment is grass rather than reed since it’s drier, thanks to shingle washed across during a storm in the 20s. In the last few years, this grassland has been taken […]